The history of the Yotclub B&B 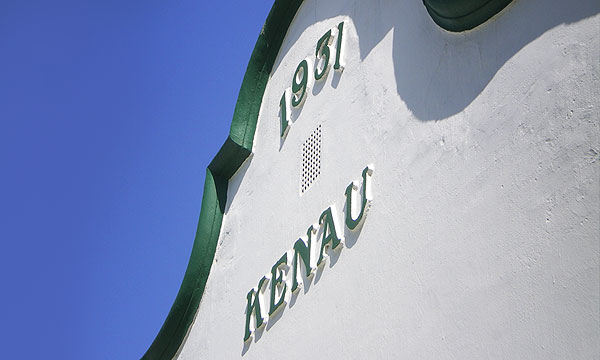 Built towards the end of the 19th century, the homestead at the Yotclub is typical of Klein Karoo architecture. The main building has high ceilings, thick mud-brick walls and wooden sash windows. It is now regarded as an Oudtshoorn heritage property.

The original building was modified in 1931, to include the Cape Dutch-style gable and verandas which surround it on 3 sides, helping to keep the building cool in our very warm summers, and warm in the winters. The high loft space of the pitched roof also helps greatly with temperature control.
Hence there is no need for air conditioning in the main house, but all outside rooms, which were built later, have air conditioning.

The property was a private home until it was changed in 1994 with the intention of creating the Yotclub B&B. It was upgraded to include en-suite bathrooms for guest rooms, and carpets and flooring were removed to reveal the original oregon floors. The painted fireplace was restored to its original glory and is a main feature in the breakfast room. The garden was completely redesigned and now bears no resemblance to what it used to be.

The Yotclub B&B is owned by Daniela and Winfrid Perschl.

In 2008, the lady Gila Abrahamson visited the Yotclub. She was compiling a book of her life, and had grown up in the homestead. Her book is called "Sonata in G, Op.5" and mentions her childhood home with lots of fondness and wonderful memories. Here are a few excerpts from her book. Thank you Gila for sharing your stories with us and leaving a copy of your book. 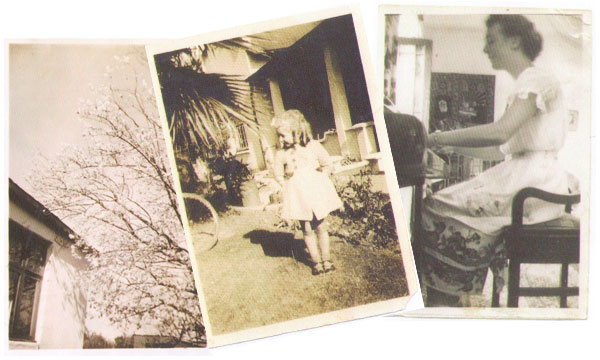 Above: the almond tree outside the breakfast room (now Room 5), at the age of 3 or 4 outside the entrance to the house (gable in the background), and a friend, playing piano in the lounge (now the smaller dining room at the Yotclub.

"I remember moving to our house in Rudd's Lane (it was 1936, when I was three years old) - my very earliest memory. As I grew up I was proud of our dusty little lane with its backyard and orchard that went right down to the river! Our house at the bottom of the lane was an old building with a Dutch-style gable on one section, a red, corrugated iron roof over most of the rest. It had the name 'Kenau' inscribed on the gable - we never found out why. Two windows opened up from the attic onto the sloping roof. Three sides of the house were surrounded by a stoep with low, white columned walls and a red cement floor which was kept shiny and polished."

The exact date that the house was sold to new owners is not known, but the book makes a mention of "closing up the big, messy house in Rudd's Lane" in 1959.

Below: Rudds Lane looking from the front gate up to Baron van Reede St. The stone building on the right is now part of 'Tuis Huis' - a home for the aged, and the building in the bottom right is no longer in existence. 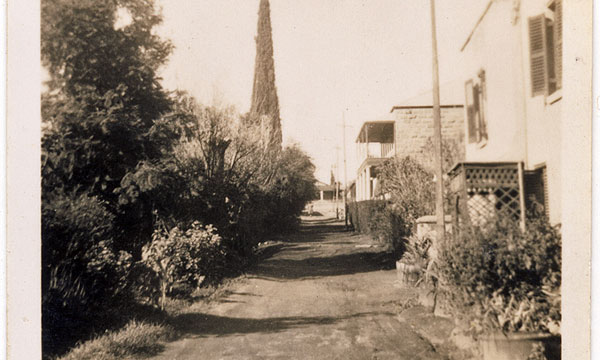